This is the post I’ve avoid the most, I knew I wanted to write it, but I’ve avoided the pain it would bring, the massive regret, but this weekend a few blog entries have popped up and a Christmas film on TV this morning, all messages that pricked my conscience and meant it was now or never, time to bite the bullet.

The first post was Those Brown Eyes by Hobbies & Hounds and then what was listed as a joke, but was actually a touching message, Joke 617 by The Laughing Housewife, both of these touched a nerve, a nerve that’s been twitching for some time.  Then this morning as I walked, I started preparing the post in my head, but I pushed it aside, until I got home and started watching A Dog Called Christmas, it pulled the post back to the forefront of my mind and so here it is.

Monday 12th April 2010 was a sad day in my life, everything was already starting to collapse around me, work was drying up, I had a day or two of work to do at home over the next two weeks, otherwise I had no work and no money, just a drinking problem and a relationship in slow decline, the cracks were definitely showing, we were steadily drifting apart.

But this day I faced heartbreak, I faced the loss of my best friend, a companion, I said goodbye as he drifted away.

In January 1999, whilst my partner and myself were still living under my parents roof, we got their permission to get a dog, so we rang round the local kennels looking specifically for a Black Labrador, we found one that had a Labrador/Collie cross, so we set out to take a look.

The place was bleak to say the least, not particularly inviting, but we took a look around the cages, until we came to a small cage in the corner, the dogs within the previous cages weren’t very lively, but this cage contained the dog we were actually there to see. This cage came across as different straight away, the puppy within it shot up and jumped up at the cage, tail wagging, happy to see us, he wasn’t what we were looking for, but nonetheless we fell in love with him right there, there wasn’t really a decision to be made, he was coming home with us, we paid for him, picked him up and took him for a ride to meet his new family. 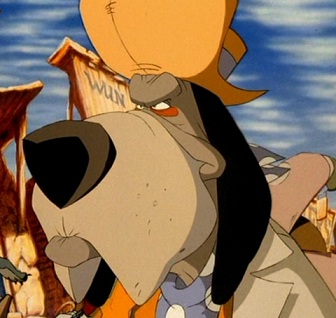 Next was naming him, well actually his name was already chosen, I’ve had name in mind for a dog for years. I love old black and white movies, particularly the films of scene legends Cary Grant and Jimmy Stewart, I’m a massive fan of both. Well one of Jimmy Stewart’s last roles was as the voice of a dog in the film An American Tale 2: Fievel Goes West, the dog is an old sheriff dog named Wylie Burp, a play on the name Wyatt Earp, but I liked it and always wanted a dog with that name.  Well it was a no-brainer, the little scamp even had a white patch of fur on his chest that resembled a sheriff’s badge, so he had to be my Wylie Burp.  It always raised a few funny looks when we took him to the vets!

Everyone loved Wylie and he loved everyone back, he would entertain, he was just daft, stark raving at times.  He even dug up the lawn in back of my Mum and Dad’s garden, they had to paving slab it in the end, but my Dad always says he was going to anyway, at least he didn’t have to cut it anymore!

We would give him a Yorkshire Pudding at Sunday lunchtime, he would take it right to the back of the garden, bury it in a pile of sand my Dad had back there, then later in the day would go and dig it up, shake the sand of it and eat it, I never understood why he did it, but it made us laugh, he stopped doing it after I followed him one day and found where he was hiding it! 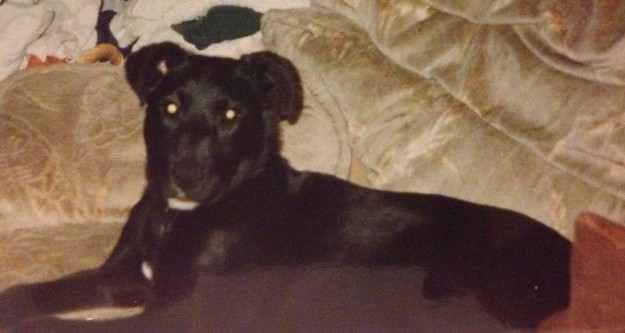 He loved bursting balloons, why?  I haven’t got a clue, but he did, he would go mad if he saw anyone blowing up a balloon!  One day we shut him in our bedroom, whilst we blew up a whole packet of balloons, we filled the hallway with them and then let him out, he flew down the stairs and went mad, he didn’t know where to turn next, it was chaos, there was dog slobber everywhere, we laughed so hard.  It was the same with bubbles, he loved popping them, the kids in the later years blew bubbles for him, so they could laugh at him going wild!

My Dad would take him out in his works van, he would jump up on the passenger seat, my Dad would wind down the passenger window and would drive with Wylie’s head out of the window and his tongue trailing behind him, if it was raining he would snap at every raindrop, trying to catch them all.

He loved kids, he always wanted their attention, he just wanted to be with them, they loved him back, well almost all the time, he did have a habit of chewing up their toys, as a matter of fact he chewed up any toy he got, balls, squeakers, you name it he ripped it to shreds.  On Christmas day he had his own stocking, his own wrapped presents, nobody opened his presents for him, he did it himself!

But if you have ever seen the film Marley & Me, then you will know how it ends, Owen Wilson’s character John takes Marley to the vets, where it’s to late for treatment and John stays with Marley as he is put to sleep.  I watched this film with my kids, just the once, back in March 2010, this scene moved me to tears, I always cry at emotional films, this one was no different, it had me in tears.

The Last Picture of Wylie

Well just a few weeks later, I played out that scene, Wylie had developed a tumour in his back end, we had held off taking him to the vets as we had no money, but it was getting to the point he desperately needed treatment, my partner organised a visit to the vets and I took him on the morning of Monday 12th April, but it was too late for treatment and the decision was made to put him to sleep, to save him from further pain.  I stayed with him, I held him, I looked him in the eyes as he went to sleep, I cried, I wept, I cried out how sorry I was, I was so sorry, so, so sorry, I said my last goodbye to my best friend.

I walked home without him, I felt so empty, I was numb.  When I got home I couldn’t function, I was out of it days, I just felt hollow, empty, dead inside, something was missing from my life, a massive piece of me was gone.

I was supposed to work from home that week, but I couldn’t do it, I didn’t want to do anything, I just stared at the walls, the house was empty, it was dead, it had lost it the thing that made it home, coming home to Wylie Burp.

When I was really down, I just got down on the floor with him, play tug with him and one of his toys, he never minded losing in man versus dog wrestling, I pinned him every time, but he got back up and came back for another shot, but always on the losing end, I remained undefeated.

Our bathroom has travertine stone tiles around the bath, I always sit or lay facing the same way, within the tiles at the end of the bath that I face, there is an image within the stone, a face of a dog, my dog, Wylie Burp, it always makes me smile.

I hated myself for the way we had treated him in his last few weeks, he was in pain, but we shouted at him when kept barking to go out time after time, we never realised the severity of his condition, we just shouted at him, but he loved us.

I drank away what money was coming in, he could have been treated earlier, maybe even had a few more years with the kids, but because of my habit, he never got the treatment he needed, I hate myself for that also.

Although the kids loved him, he always wanted to play when they were around, he was shut in the back room alone a lot of the time, he would get over excited when playing and shut away to calm down, eventually he was just left in the back room, with little attention, the kids took priority, poor Wylie was shut out of it.

He loved to go for walks, but he didn’t really get any, our busy lives and kids took over and walking Wylie was an after thought.  I wish he were here now, he would so love my new found enthusiasm for walking and I would love to have him there with me every morning, I hate myself for all this.

Losing Wylie quickly sped up my descent in to my living hell, I was slowly slipping down that slope, but after that day things just got worse and the descent quicker, I withdrew even further from my family, I drank more and the more I drank the further away I withdrew, a slow slide became free fall and I couldn’t stop.

He was a real live wire, an evergreen puppy, he grew old in years, he slowly turned grey, but he stayed a puppy to the end.  I thank you with all my heart Wylie for choosing us that day when we picked you up, I thank you for all the great times we had together and I’m sorry, so sorry for the way we treated you, you deserved more.

As The Laughing Housewife’s post, I didn’t stop at those first gates, I went through them into hell and I left you outside, I’m so, so sorry.

I have only watched Marley & Me that one time, I can’t watch it anymore, it’s too painful to watch, to close to my memories, the kids watch it, my six year old daughter was watching it one evening when I got home from work, when she saw me walk into the room she said immediately “I’m sorry Daddy, you don’t like watching this film, because it makes you cry doesn’t it?”  Well what can I say to that, other than no I can’t watch it and yes it does make me cry.  I never stop them from watching it, they watch it when I’m out or in the back room if I’m home, after all it is a great film. 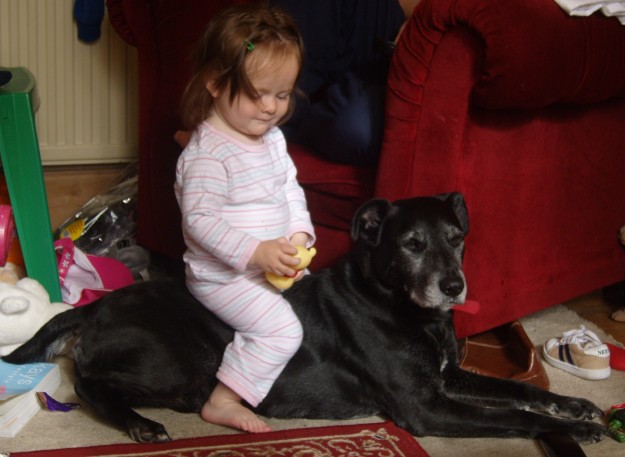 I’m going to break with my posting traditions here, I couldn’t think of a song to go with this post, I just couldn’t find one to match the content and do it and Wylie justice, so I am going to ask you, all my beloved followers, to leave a message and suggest a song for Wylie Burp, my best friend right to the end.