My new friends at the lake were a little distant today, firstly as I walked by on the way to work they were over the other side of the lake but heading in the other direction, which was a shame I had brought them breakfast, so I thought I save it for dinner, as I finished work at midday I would stop by on the way home.

But it would seem that during the morning, a new pair of swans had arrived at the lake and territory war was taking in place.  Initially all four swans moved toward me as I started throwing the bread out to the birds that were gathering, but then the two new swans, or rather one of the new swans, chased the others away, interesting to say the least.

New Arrival At No 20 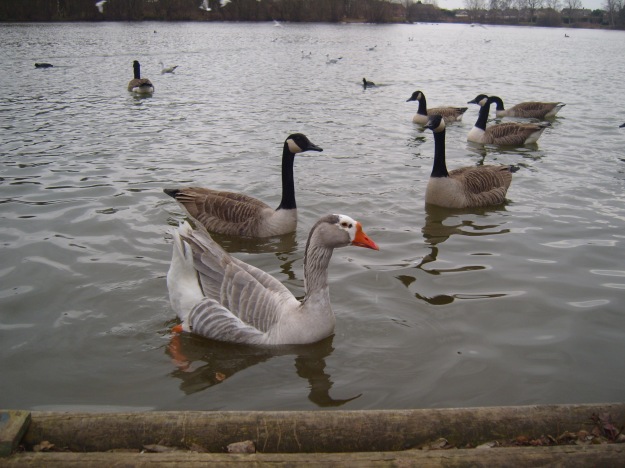 Gathering Of The Geese