I still get messages through music, song’s I’ve heard so many times can just play at random moments and provoke such an emotion internally that I can be reduced to tears at times.  That was kind of how this blog got started.  I had looked at starting a blog, I had written a few of my earliest posts, but I had mothballed it all and put off doing it, partially out of fear, fear I may expose more of myself that I really wanted to.

Then one morning as I was walking a song came on my iPod which provoked such a feeling inside, one that just prompted that I had to do something, it was time to share my story, stop sitting on it and hiding it away, but share it for others in the hope that maybe just one person may be inspired or even saved by it, that was almost two years ago now, but the messages still keep coming.

Yet this morning I felt I was being spoken to from something completely different.  I make no secret of the fact that this time last week I was feeling empty and dejected, I was losing hope and it took some soul searching to get beyond those dark moments.

So this morning I took a walk to watch the sunrise at the lake, I sat there for a while watching the clouds slowly drift by until the rising sun was revealed.  But as I did so, something caught my eye just in front of my feet.

A little robin had landed at my feet and was quite contently walking around in front of me, merely feet from where I sat.  I stayed as still as possible and just watched as it moved around.  I had my iPhone in my hand and carefully took a few photo’s, doing my best not to startle the little thing.  It hopped across onto the grass where it found a worm and after checking that I wasn’t going to challenge it for it’s meal, it devoured the worm and continued to hop around.

For a few minutes the little robin was quite content to be in my company, when I later moved around the lake and sat down at another position, it even came to me once more.

All morning I kept thinking how this little bird had not been worried about me, it was content and without too much trouble found the food it needed.  So later in the morning I did a bible search for a verse I knew I had read many times and found it.

Matthew 6:26
Look at the birds of the air; they do not sow or reap or store away in barns,
and yet your heavenly Father feeds them. Are you not much more valuable than they?

So what have I been worrying about all week, why lose faith and hope, when this little bird has everything it needs, because the Lord has provided for it, if Jesus says that I am more valuable than this little bird, then the Lord will provide everything I need, all I have to do is just wait on the Lord.

So as I quite often do during Worship practice at Church, I sit down on my camera platform, listen to the band and start writing whatever is on my mind in form of a poem and came up with the basis of the poem “Sunrise & The Robin”.

It’s funny how last week and even yesterday I was writing from a position of emptiness and despair, but today I write from a completely different place, a place of hope and contentment, thanks to my little friend bringing me a word from God.

Oh, the sunrise was great too.

Breaking Beyond The Clouds 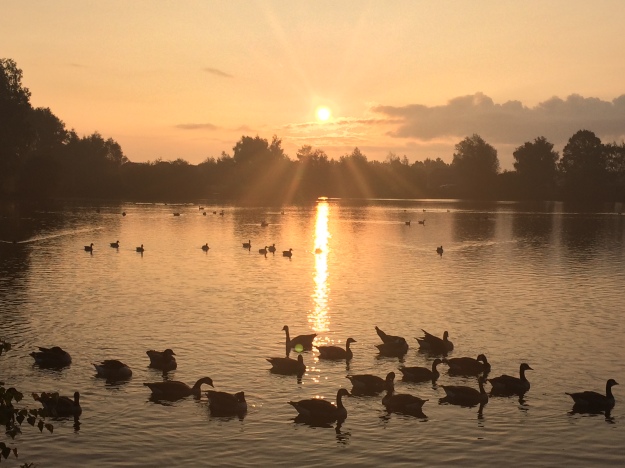 Swimming Through The Light 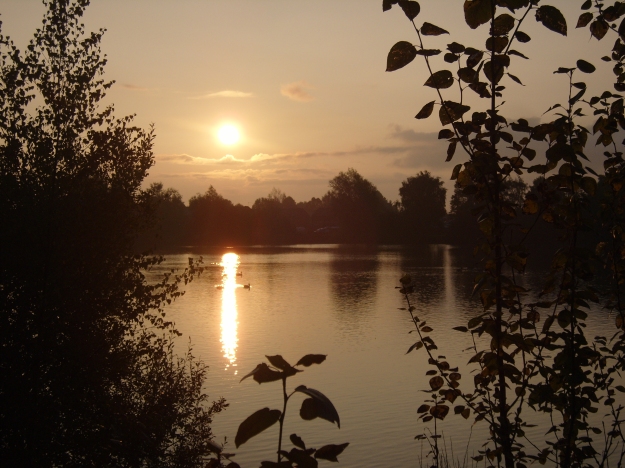 And it’s telling me

And You’re telling me

And I know, if Your eye is on the sparrow
Than Your heart is on me

4 thoughts on “A Message From The Little Robin”