About a month ago I got off to a bit of a false start in terms of getting out each morning and walking as the sun rises.  At one time I was out every morning, regardless of the weather, the days when I walked seemed to have far more balance to them, then about two years ago it started to get a little sporadic, until eventually I stopped before slipping into a period of dark depression.

Over the last couple of years I’ve tried many a time to get out again.  Just like a month ago it starts out alright for a few days, but somehow I find an excuse to miss a day, then two, then three and so on and so on.  Last month it lasted just short of a week and then due to being busy with work, I decided I was too tired and caved in each morning.  But each night I would berate myself in my journal for not getting out, I would promise myself I would get out again the next morning, but it never happened and the cycle carried on.  This morning though, the alarm went of and there was no deliberation, within ten minutes I was out the house walking.

My plan was to walk the cycle track, which is about four miles long and then return, it a total walk of around eight and half miles, in around two hours, on the way I would just make it to the lake as the sun rises. 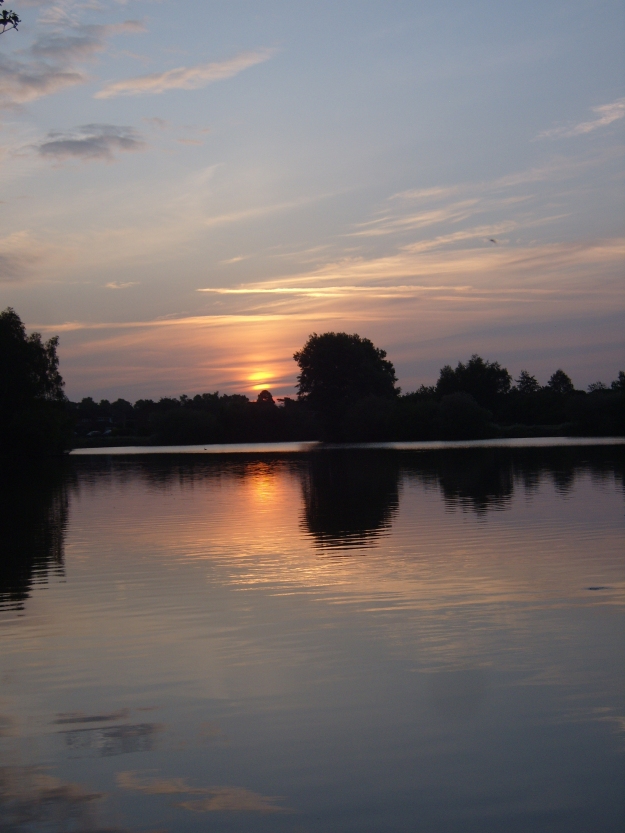 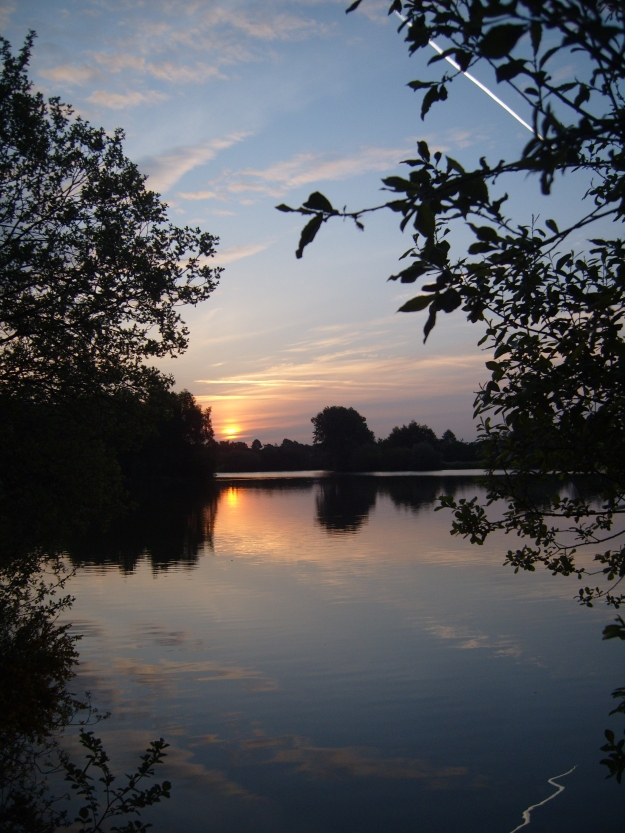 Over The Green Fields 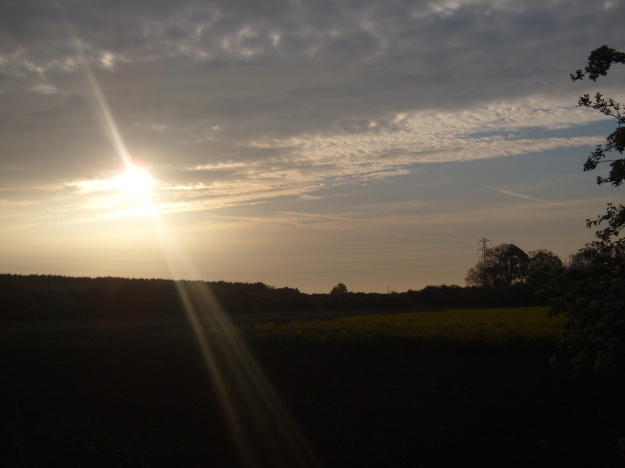 As I got to the end of the track, which up to the point where I turn around is tarmac, I noticed that the dirt path which continues for another few miles had been cut back, over recent years it has been overgrown, last time I attempted to walk it was almost three years ago, but it was so overgrown I couldn’t get through.  I walked it about five years ago and remember coming across a peaceful little spot where a small stream runs under a bridge, I’ve wanted to find it again so many times, but as I say the last time I tried it was impossible.

This morning for some reason, I just carried on, without even thinking I found myself walking the small path, until I found the bridge right at the end of the path, after the bridge it is still overgrown, but I wasn’t bothered about that, I had found what I wanted. 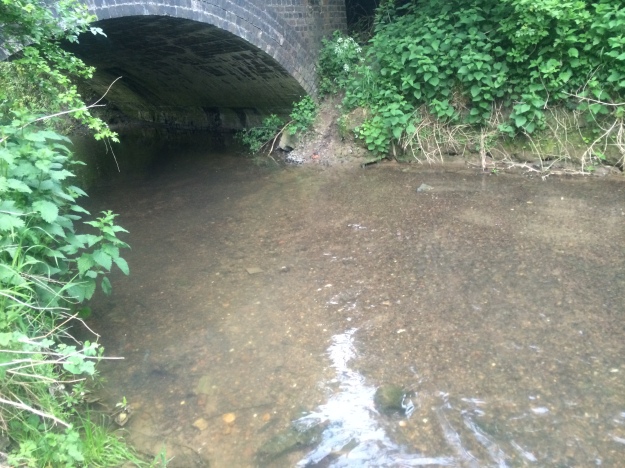 It’s Bank Holiday Monday tomorrow and I am not working this one, so all being well I intend to walk it again in the morning, although my aching hips may have something to say about that!!!

This morning I wrote “Green Fields”, I felt it was an answer to my prayers, to get up again and get out walking, I feel I have drifted a little for long enough, keeping some of the routines that help me along the way in this recovery, but abandoning others, like the daily walking.

There is a cheeky reference in there from a classic song, not sure whether anyone can spot it, there a clue included in the title too.

In the sky, between two thieves
Hung the blameless Prince of Peace
Bruised and battered, scarred and scorned
Sacred Hands pierced by our thorns

It is finished was his cry
The perfect Lamb was crucified
The sacrifice, our victory.
Our Savior chose the mercy tree

One day soon we’ll see His face
And every tear, He’ll wipe a way
No more pain or suffering
Oh, praise him for the mercy tree

On a hill called Calvary
Stands an endless mercy tree