I guess I never really thought it was possible that one could get to the point in life where they have lost touch with who they are.  Is that really possible, can we get so far from who we were, that we know longer know ourselves?

For me the answer is a definite yes, six years ago today I believe I got to that point and I feared who I had actually become.

Flashback to Sunday 18th March 2012 and my whole world was collapsing in around me, five days before I finally realised what I had feared for over two years, that my relationship with Victoria was definitely over, my drinking had put paid to that and now there was no way back, my blindness to who I was had led me down a path that was dark and lonely, at this point in time I believed there was no way back for me.

In those five days since the truth of the situation had been released, I had hardly eaten, but my drinking was escalating and I now knew I couldn’t stop it.  Every time I felt the need to drink, I tried to fight it, but I couldn’t, there’s only so much scratching at the skin on your arms you can take, only so much pacing around the house like a bear in cage, I had to get out the house to the shop and get something to drink and every time that I did, I cried and repeated “I am sorry, I am so sorry”.

Come Saturday the 17th, after karate I went to the pub with friends and drank five pints of strong cider, I tried to get my friends to stay later, but they had lives to get on with, I didn’t any more, so on the walk home I stopped at the shop around the corner and purchased two bottles of wine and sat in my front room and drank them both, then went to bed almost completely sober, all that alcohol and I still believed I was normal, life was sad.

My dark thoughts of worthlessness continued running through my mind and then one thought, although a voice, not mine, it couldn’t be mine, but that voice spoke calmly, quietly and simply said…

It is better that your kids live with you how you are now,
than live with the memory of what they will find.

Then I looked across at the bath and saw a vision that shock me.  It was as though I was not there, I was looking down upon the room, I could see myself in the bath, pale, lifeless and in bath of red water and then I looked across the room to the door to see my six year old daughter looking through the door at the same lifeless body I was seeing.

I put the blade down and simply broke down, the anger and the pain ran through me, I was so angry with who I was, all because I realised that I neither the courage to live or the courage to die, I was in no mans land, in the void between life and death and not sure how to get back.

I cleaned myself up and made it to karate, somehow putting on that karate suit made me become someone else, like a superhero putting on their costume, I left my life behind and became someone who seemed to have it all together, the man in the suit had no problems, showed no emotional damage and no signs of any out of control addiction.  But when the suit came off, it was straight to the pub and repeat the previous night, have five pints of strong cider, head home, drop by shop, buy two bottles of wine and proceed to drink as if this was completely normal.

During that day Victoria had given me the mobile number of her Pastor, I had know him a while even though I was not a Christian and had no intention of becoming one, but after life had began spiralling out of control over that week, I had ask to speak with Him.  Firstly it was purely selfish reasons, if I spoke with him, tell him how sorry I was, then maybe he could talk Victoria round and get us back together, but now after what had happened, I knew I needed to speak to him to get well, to get myself sorted out, I needed help and didn’t know who to speak to, only Gareth.

So Monday morning I sat alone in the house after everyone had gone out, fear was growing within and I tried to fight it.  I knew I had to make that phone call to Gareth, but I knew life would change if I did, the addict in me tried to fight it, it didn’t want to lose it’s power, but what was left that was human needed to talk, needed help.  I fought every fear and though shaking, I managed to make the call and Gareth answered.

I could hardly speak, I couldn’t even explain who I was, I tried to tell him I was Victoria’s partner, that’s how he knew me, but I couldn’t get the words out, just tears.  Luckily he worked out who it was and quickly gathered I needed help, he arranged to come see me that evening and talk.  I put the phone down and life seemed to change from that moment, a clarity start to grow.

Victoria was going out that evening, she knew I had spoken with Gareth, she knew he was coming to see me and bringing a friend that I knew also, she arranged for the kids to stay in their room whilst they were here, then she said something that shook me.  Normally if she was going out I would run to the shop and stock up with enough alcohol to get me through the night, so she asked if I needed to go to the shop before she went out?

That’s how she thought of me now, the hopeless one, addicted to drink, she had tried over the past two years to tell me, to help me, but as an addict you just don’t want to listen, you believe they are just getting at you and turn away.

But this night, I knew I couldn’t drink, this was the night to stop, how could she think I would drink in front of them, I reply with “why are we out of coffee?” and then broke down.

She asked if I was I alright and I said I was scared.  To which she replied that it would be okay, I knew Gareth and Alex, I didn’t need to be scared of them, but all I could say was…

The sad fact was that I finally realised I didn’t know who I was anymore and tonight I would start to find out, the truth had to start somewhere and it was this evening, with these people.

I sat nervously waiting for them and then as they sat in my room, Gareth asked me what was happening and how things had got this way, all I could do was tell him what had happened over the last two years and in particular the last week, all of this between floods or tears, I don’t know how much I cried that night, I don’t think I have ever cried that much before or since.

In the course of the discussions I tried to explain how much I was drinking, I gave Gareth an amount, but it was a lie, I didn’t know I was lying that night, I didn’t know the truth myself, that would become clear over the next ten days, when I reached the point that I knew I could no longer drink.

But that night before Gareth and Alex, I began to find out who I had become and how low I was, it was a tough way to find out, but it seemed the best and maybe only way.

I didn’t realise until months later, that it was God that whispered in my ear that Sunday afternoon and told me my kids needed me, it was God who brought Gareth to my house that night, where he discussed the need for Christ in our lives and told me it was Christ who could calm the storms within my life.

Over the next ten days, I began to get control over my drinking and my life, from that previous night I no longer brought alcohol into the house or drank within my room, I was drinking at the pub with my friends, but I had control over it, just two pints, then home.

Then come the 29th of March, I came to realised that I no longer liked the taste of what I was drinking, it did nothing anymore, that night as I walked to the pub I stated that if I didn’t like the taste of the first drink, then that would be my last, that drink tasted like vinegar, it was the worst drink I had ever tasted, it was the last alcohol I ever consumed and I intend it to stay that way.

The truth is hard to take sometimes, if it’s the truth about ourselves we never want to hear it, we are afraid of it and refuse to believe it of ourselves, but sometimes we just can’t avoid it, I could avoid it no longer, because if I continued listening to my own lies, I would have carried those lives into an early grave.  I firmly believe that had Gareth not answered that call and came around that night, then I would not have made it through 2012, my health was a mess, my blood pressure way out of control, even though I was on my medication, my kidneys were being affected and as the episode before the mirror had not been the first time I had contemplated my life in that way, it was the closest that I come to taking it and I am sure that without that night, it would happen again and I would find myself closer to the edge of no return.

I am thank for Gareth answering that call that morning, I am thankful the Gareth and Alex came as friends to talk to me, but mostly I am thankful to God for bringing them into my life, that they may lead me to the Son, who would then lead me home.

Wisdom Beyond The Shadows (Proverbs 24:14) 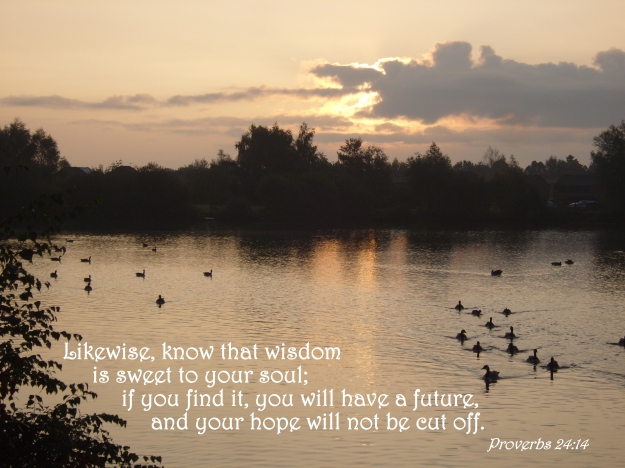 Son, I’ve heard your call and I’ve sent you words
Although you will not know
And though you will never see
But you will hear them
I’ve wrapped them up for you in song
I know that you will listen and even sing along
You’ll know not why
But you will praise my name
For now I send to you these words
To hold onto in the darkest nights
Until the times comes
For the true light to be revealed 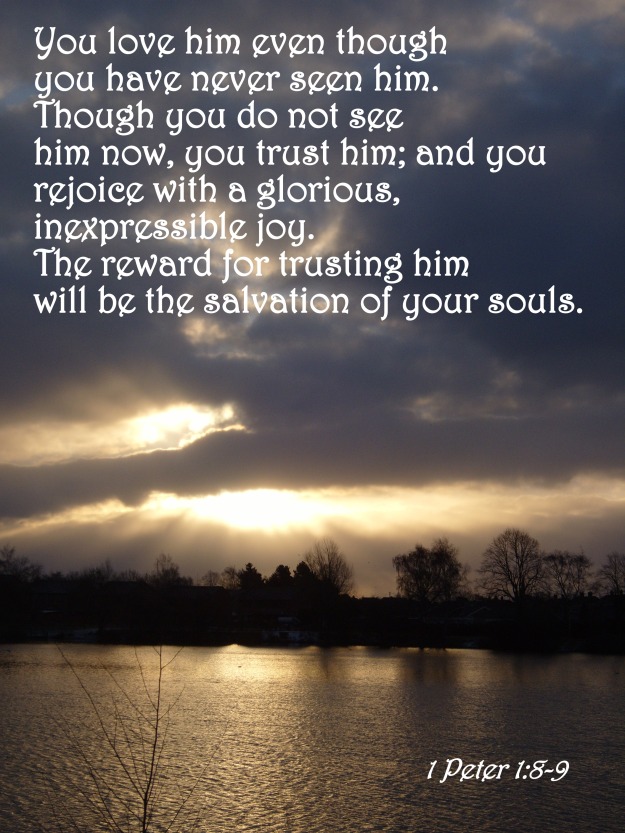